CNP’s Around the Globe

CNP’s are making an impact not only nationally but throughout the world. 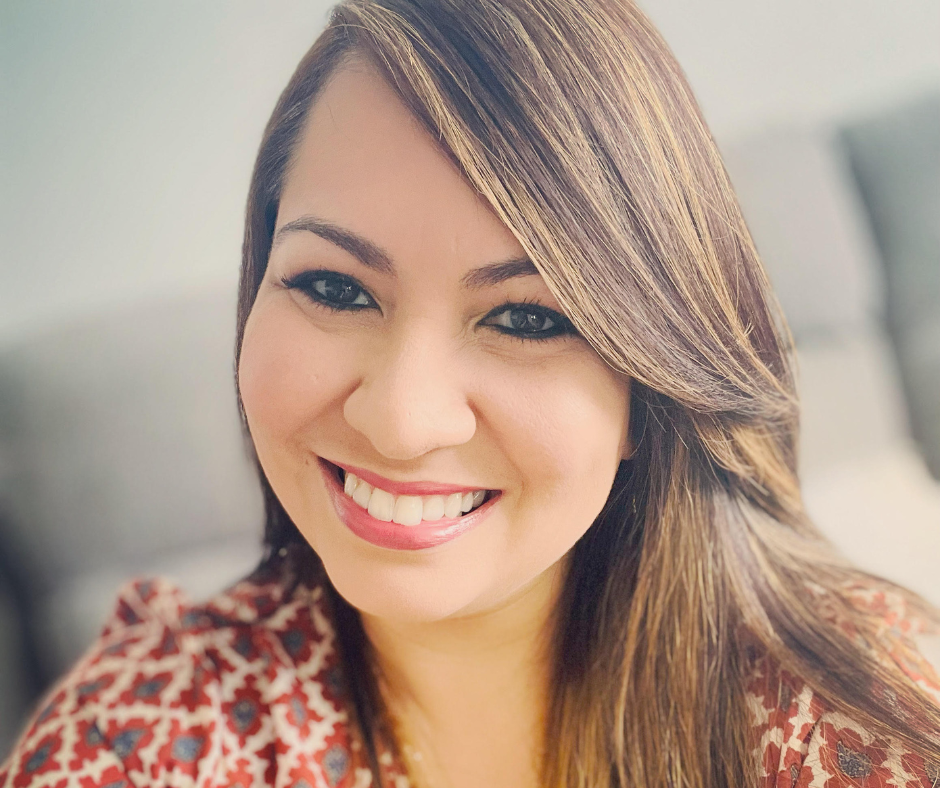 Several years ago I started the goal of preparing to become certified as a CNP. After many years of experience in non-profit organizations, I decided to get certified. I recently accepted the challenge in the area of development and intensified my preparation. Today I recognize being the first CNP in Puerto Rico which I accept with responsibility. Serving in nonprofits comes close to my life purpose. Many lives impacted and many lives to impact. 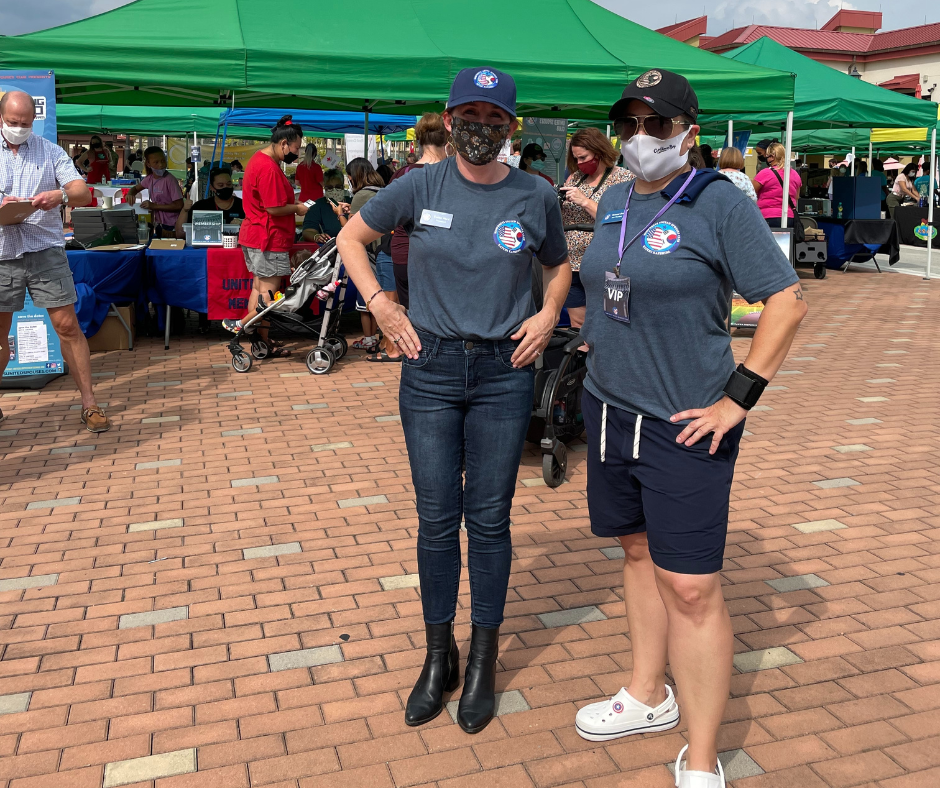 The CNP program and lessons provided guidance as I have begun my term as President for the Humphreys United Spouses Club at Camp Humphreys. In the process of developing a project per the program rubric, I conducted an organizational gap analysis and became more familiar with the organization, it’s potential and limitations, pertinent regulations, and the roles and responsibilities of stakeholders. Aided by lessons learned from the program, our team revised the mission statement and purpose to better reflect and focus our efforts. This program has been an invaluable learning tool during the early stages of my current leadership position. 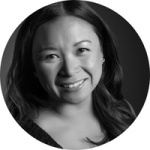 When you think of first responders, what organizations come to mind? Police, fire departments, hospitals…how about food banks?
Health and safety are urgent imperatives–but food is a daily basic human necessity to simply just survive. So when COVID disrupted lives and communities across the nation, food banks rose to the challenge, providing emergency assistance for this most fundamental of needs. But the transition to the first responder role was not without its challenges.
Mid-February 2020, Debbie Espinosa, President and CEO of FIND Food Bank, was already starting to plan in case COVID hit the country as scientists and some government officials feared. Every year, through 22 mobile pantry and 66 partner organization sites, FIND Food Bank distributes millions of pounds of food to an average of 90,000 people across eastern Riverside and southern San Bernardino counties in California. An operation this size could not fail–or thousands of families in her community would go hungry.
As the threat of COVID loomed over the country during the first week of March, the food bank network faced a cascade of challenges. Skyrocketing demand and disrupted operations created what only could be called a perfect storm. In mid-March, FIND Food Bank shifted to full disaster mode, ensuring the deployment of staff and resources to address the growing need. But even more challenges were on the horizon.
Challenge #1: Loss of their workforce
Volunteers are critical to a food bank’s operations – a workforce that suddenly evaporated with the social-distancing mandate. The remaining workers could not cover even existing operations, let alone the increased demand. Debbie pivoted. Knowing that California had been designated a national disaster state, she immediately submitted a request to have National Guard members assigned to the food bank to assist with food distribution. Shortly after, 25 servicemen and women arrived to assist with operations.
Challenge #2: Confusion in the government sector
It comes as a surprise to many: food banks serve as the free grocery store for one in seven U.S. citizens who struggle with food insecurity. Debbie knew the unemployment caused by COVID was sure to increase that number. Yet in the California Governor’s Office initial guidelines, food banks were not specifically identified as essential services. There was confusion as to whether they were considered an essential need like grocery stores.
Debbie made FIND’s case to the County Supervisor. “I explained that we are the grocery store for people who cannot afford to go to the grocery store,” said Debbie. “Riverside is the 10th most populous county in the U.S., with more than 2 million residents. You can’t eliminate food access for over 15% of our community.” Faced with the facts, the County Supervisor agreed and FIND was designated as “essential.” With that pivotal win under her belt, Debbie worked as an advisor to the California Association of Food Banks with recommended language for the Governor’s Office, ensuring food banks throughout the state would remain open by officially being recognized by the Governor as an essential need.
Challenge #3: Safeguarding staff and their families
When COVID first hit, little was known about how to keep staff and clients safe from its spread. FIND Food Bank decided to take every precaution possible. While official Federal channels provided conflicting information, FIND made protective equipment and social distancing a requirement from day one of the quarantine. They also limited access to their warehouse and office spaces implementing stringent guidelines to ensure workplace safety. Because of this, FIND’s business continuity planning worked. FIND has not had to decrease or stop services to the community throughout the pandemic due to COVID-19 exposure to its staff.
Challenge #4: Unprecedented spikes in the line
For families on the verge of poverty, one missed paycheck is bad, but two missed paychecks can be catastrophic. That was the case for FIND Food Bank’s community. On any given day, the line for food spiked 200-300%. Debbie and her team leapt into action, launching 20 additional free mobile markets in less than a two-week period of time. With 40 mobile markets in operation, they were able to reduce the lines and ensure community members had access to food within a 3-mile radius of their homes.
Out of crisis mode and no longer working 17-hour consecutive days, Debbie and her team are resting in preparation for a second spike in the virus. Debbie feels proud of her team’s response and says that the key is to not be afraid to act. “Too many leaders are afraid of failure, so they freeze. In disaster mode, being indecisive can be as bad as or worse than the wrong decision.” 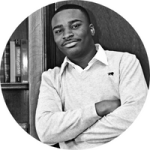 Building Resilience from the Inside Out

In 2008, after losing a dear friend to an untimely death, Terence Narcisse wondered what he would be known for when his time came (he was 18 at the time!). Deciding to not leave it to chance, he started looking for ways to make a difference. His Houston-area neighborhood, Barrett Station, was a food, resource, and social services desert.
Terence wondered why his community and those surrounding it (known as East Harris County) did not have access to the same opportunities and resources as those located in Houston proper. Terence soon discovered that they lack formal representation – as an unincorporated part of the Houston Metro Area, East Harris had no village manager or mayor for its five communities. There was no one advocating for the rights of its 220,000+ residents.
Just one year later, in 2009, Terence without formal education or training in starting a nonprofit, founded the East Harris County Empowerment Council, a 501(c)(3) organization committed to ensuring that community voices would be heard when legislators made decisions about how to best serve Houston.
Just eight years later, Hurricane Harvey hit Texas, dumping 275 trillion pounds of water on the Houston Metro Area. As the waters rose on Terence’s already fragile community, he knew this was the moment they had been preparing for. The Council launched into emergency response mode knowing that, if they didn’t make their voices heard, their community would not survive. They wrote letters, posted on social media and made calls, telling East Harris County’s story to anyone who would listen.
Then the unexpected happened. Terence received a call notifying him that the Council would be designated a Lead Harvey Agency. There was $5 million in donated products heading their way. Terence – just 27 years old – led the Council’s effective distribution of this sudden windfall.
Two years later, equipped with the infrastructure and know-how Harvey gave them, Terence’s Council was ready for action when COVID-19 hit. The staff launched a food distribution center and secured $1.3 million in grants to assist community members in purchasing essential items and paying their mortgage and utility bills.
It is doubtful that the East Harris County communities could have weathered these two catastrophes if not for the work of the Council and its many supporters. “At the time when we established the Council, I was not thinking about a Harvey- or COVID-level crisis,” said Terence. “I just knew that we needed to create a hub that would bring together our strengths and create the kind of community that prospers.” 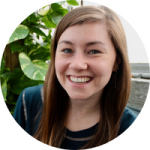 Enlisting the Power of Community

Part social enterprise, part social services and part local urban garden, Earthlinks works to end isolation for people experiencing poverty and homelessness while also sustaining the planet. They provide employment opportunities for their members through organic gardening and the creation of Earth-friendly products.
At least that is what they were doing until early March 2020 when the COVID pandemic hit. With 85% of Earthlinks’ community being 55 and older and all living well below the poverty line, the staff knew this population would be disproportionately affected by the virus. They needed to act.
“Our mission was our North Star,” said Sydney Hunter, a full-time volunteer with Earthlinks. “No longer able to participate in our programs, our participants’ need for support and community was even greater.”
Not missing a beat, Sydney and the rest of the Earthlinks team shifted their programmatic focus from in-person workshops to securing housing for their members, getting them off the streets and into safety. Within just a few days, they found hotels for each of their members who were homeless.
Sydney then started to apply for emergency funding and the team asked Earthlinks’ donors and board for donations to cover the additional expenses related to housing and food. They also organized a Mother’s Day plant sale, all done with safe social-distancing practices, to generate additional funds.
“At this point, with everyone safely off the streets, we turned our attention to combatting the isolation that our members were feeling,” Sydney explained. The staff organized check-in calls, hosted a Facebook group, and helped the members reach out to each other.
“I always knew that Earthlinks was successful in building relationships with nature, but COVID showed me how successful we were at building community,” said Sydney. “The members were checking on each other and on staff, making sure we were okay. The strength and empowerment I saw was truly amazing.”
In addition to essentials such as food and prescription medicine, the staff delivered puzzles, activity packets and movies. They also organized a “quarantine quilt,” allowing all members to create a piece that represents what the Earthlinks community means to them.
For Sydney, her quilt shows camomile flowers with Earthlinks’ slogan, “Community Ends Isolation.” She chose the camomile flower specifically because it thrives in harsh conditions. She explains, “In the garden, you won’t find camomile in the fertile soil but in the rocky pathways and the cracks of the sidewalk. They are a testament to collective growth in hard places, which is my hope for our community at this time.”

Share your story with us and be featured on the CNP Impact Map.